Tactical Data Link (TDL) in Telestra is similar to the DACS interface with some noticeable differences. The basic concept is the same in that the packet data structure is sent via signal PDUs (see Part II of this Application Note), radios are used to transmit the data, and the DIS network is used as a conduit. The differences in Telestra include:

The Target will only receive and transmit DIS TDL Link PDUs over a dedicated network interface.

There are three required entries within the interface section of the DIS server configuration file:

TDL Statistics in the Health System

The Health System that is part of the Target allows a user to monitor various systems and sub-systems running on the platform through RMS. In RMS, select the following: 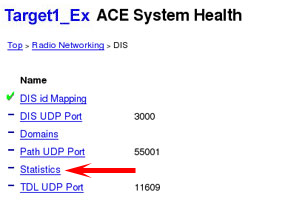 Statistics related to TDL messaging are seen as follows:

When the host sends a TDL packet to the Target and it is transmitted over the DIS network the following counters will increment:

When a radio receives a TDL message and sends it to the host the following counters increment: 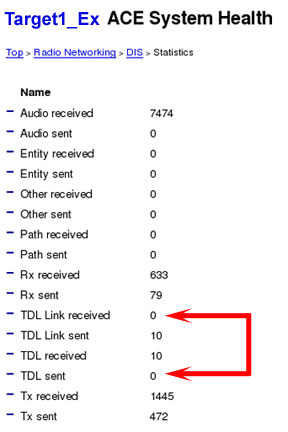 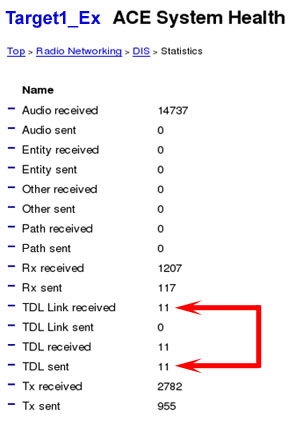 This can happen for a number of reasons: