In the model view, the folders will show connections between them as shown below. 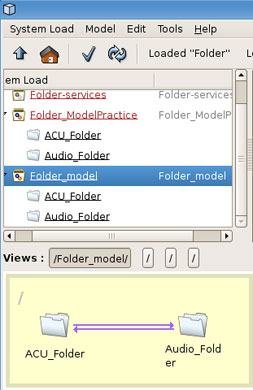 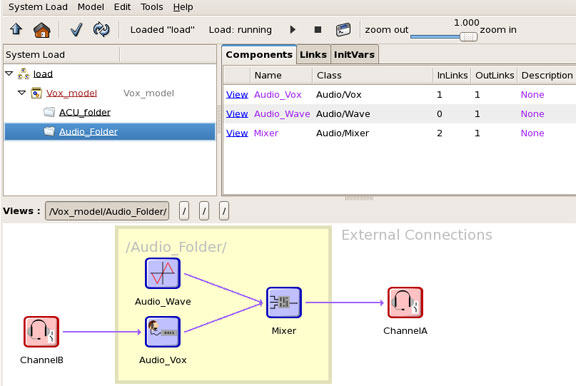 To add PTT capability to the headset and microphone using the Vox, add a link from Channel B PTT output to the Vox. 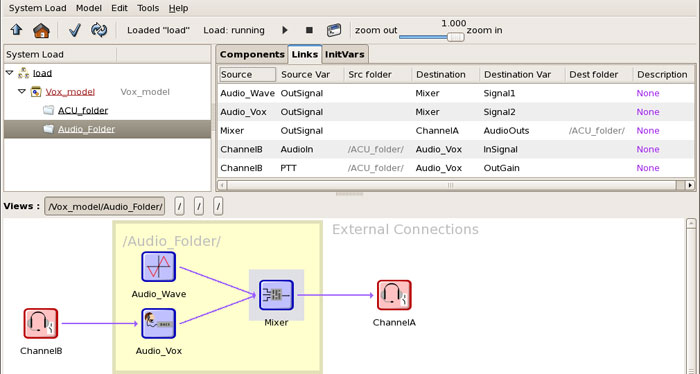 Back to Telestra ACE Tutorials